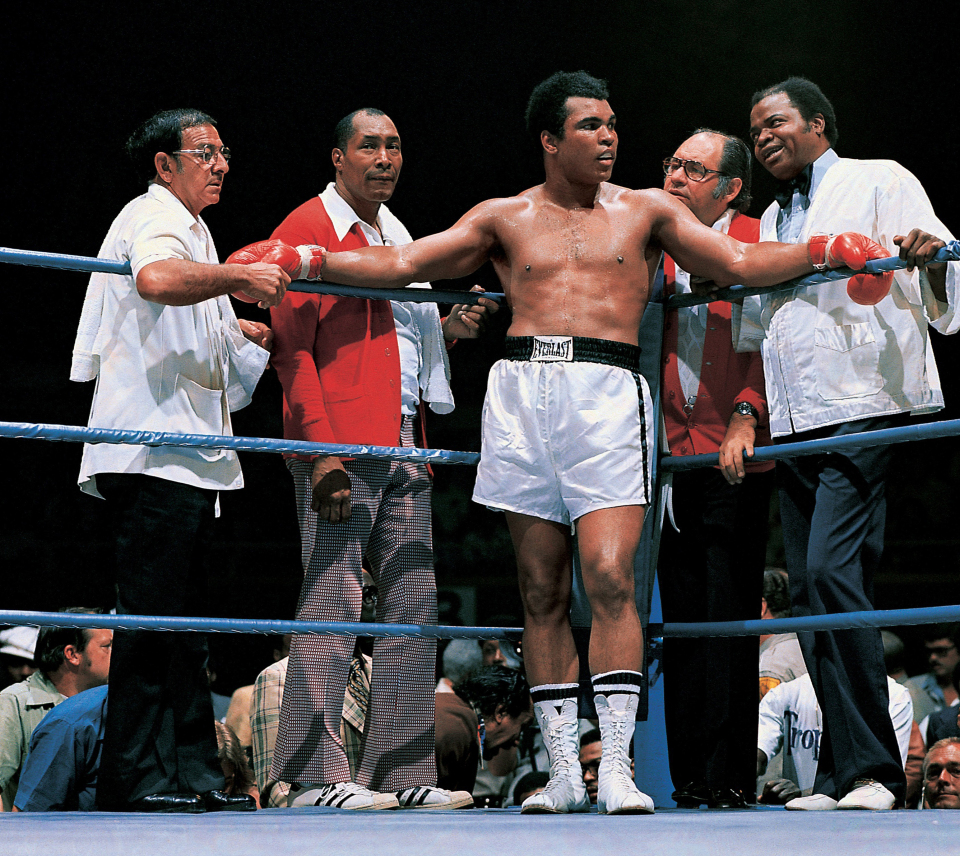 Muhammad Ali, Sugar Ray Robinson, Sugar Ray Leonard, Floyd Mayweather, Mike Tyson and George Foreman and other world championship boxers all had 2 things in common: (1) they were world boxing champs and (2) they had a team of corner men aiding them in every fight. In boxing, a cornerman, is a coach or teammate assisting a fighter during the bout. The corner man remains outside the combat area during the fight, but in proximity, and can assist the fighter through instruction. This instruction can take place in between rounds. The cornerman occasionally performs cut man duties such as applying ice to reduce swelling and stopping bleeding. The cornerman may also be responsible for throwing in the towel when necessary. Summed up: The cornermen are the team put in place to make sure the boxer is in the best place emotionally, mentally and physically to win the fight.

You’re in a fight for your life; whether you know it or not. As you strive to become the father, husband, employer, employee and man that God desires you to be there is an enemy named Satan that is after you and your family. He wants to get you in the ring of life and destroy the destiny that God has for you. Because of that truth, cornermen are needed in your life. They will assist in you surviving and winning the fight for your life.

You were not designed to fight alone. After spending four years in prison I knew that the men I surrounded myself with would play a huge role in determining the outcome in the fight for my life. I have survived and many times won because of the men that were/are in my corner. I wouldn’t be where I am if it had not been for men like my dad, Lewis Hemphill Sr, my first pastor, Lafayette Whitley Sr., my first mentor, Henry Batson & my current pastor, Dr. Ronnie Goines. All of these men, along with a few others, have been my corner men.

To help you decipher who and what you need in this fight for your life here are six types of men you need in your corner.

1. Men who can disciple you
Discipleship is the process of growing from spiritual infancy to spiritual maturity. We all need men who can teach and train us how to be men of God. A boxing cornerman has studied his fighter’s opponent and he knows his area of weakness and how he can be defeated. Do you have someone in your corner who already knows how your enemy fights? If not, your chances of winning the fight for your life are not too high. First, you need a pastor. Second, you need a spiritual mentor, especially if you attend a church where your pastor may not be as accessible as you desire. That’s what associate pastors, ministers and deacons are for. Don’t be afraid to ask a spiritually mature man to disciple you. It will be a priceless relationship.

2. Men who can hold you accountable
Do you have someone in your corner who you’ve given the authority to tell you that you’re screwing up with no backlash? Imagine Mike Tyson going to the corner at the end of round five and he’s losing the fight. His cornerman says, “You’re not doing anything I told you to do. You’re not jabbing and you’re not moving around quick enough” and Mike responds with, “you can’t tell me what to do. I’m a grown man.” How immature and ignorant would that be on Mike’s part when the cornerman is only trying to help him win? You need someone in your corner who can see you losing the fight for your life and are able to call you out. Accountability includes submission. If you’re so manly that you can’t submit unto another man, like your pastor, you’re in trouble in the fight for your life.

4. Men who can guide you
You need someone who can advise you on what to do when life stumps you. Regardless of how intelligent you are and how many degrees you have at some point life will leave you scratching your head. It’s in those moments that having someone in your corner who has been there, done that, is invaluable. Sometimes guiding is just reminding. In boxing the conerman rarely tells the boxer something new in the middle of the fight. It’s mostly a reminder of what he’s already been taught. You need men who can help navigate you during marital problems, parenting issues, identity crisis and the inevitable midlife crisis. Being a man doesn’t mean you have to have all the answers. It’s ok to be guided when you feel lost.

5. Men who can see your potential
When I got out of prison the men who I chose to be in my corner were men who saw my potential. They didn’t see me as a 22 year old who messed up his entire life. They didn’t see me as my past but they saw me as my future. Do you have men in your corner who can see something more in you than an ex-felon, ex cheater, ex divorcee, ex addict or whatever ex you are? Every now and then you will need someone who can see in you what you can’t see in yourself.

6. Men who can rally you back in the ring after a loss
One thing that is inescapable is the fact that you will lose in some area of your life at some point in time. With the exception of a few boxers almost every champion has lost a bout. As devastating and depressing as losing a bout that they trained 9 months for is, they had someone in their corner that convinced them to fight again. Do you have men in your corner that won’t judge you because of your loss but will help convince you to get up and fight again? If not, hurry and find them before your next loss.

There is a well-known proverb that says, “Iron sharpens iron”. While it’s probably been used as the name of almost every men’s church conference it still holds true. Men of God need other men of God to sharpen them. We were not designed to fight alone. As you fight daily for life make sure you have the right men in your corner to help give you the best possible chances at success.